Location of the System LED on NX.2 Clock

The System LED on the NX.2 clock can be found on bottom of the stand, behind the ventilation opening. 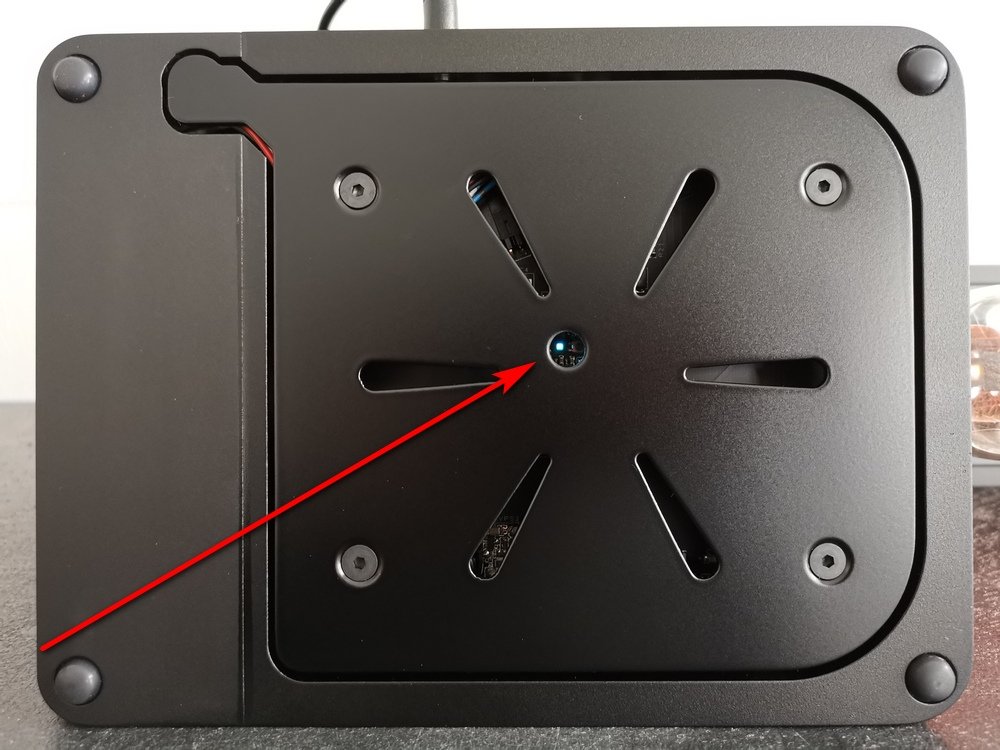