Location of the System LED on Zen Nixie Clock

The System LED on the Zen Nixie Clock can be found on bottom of the electronics board, under second tube from the left. 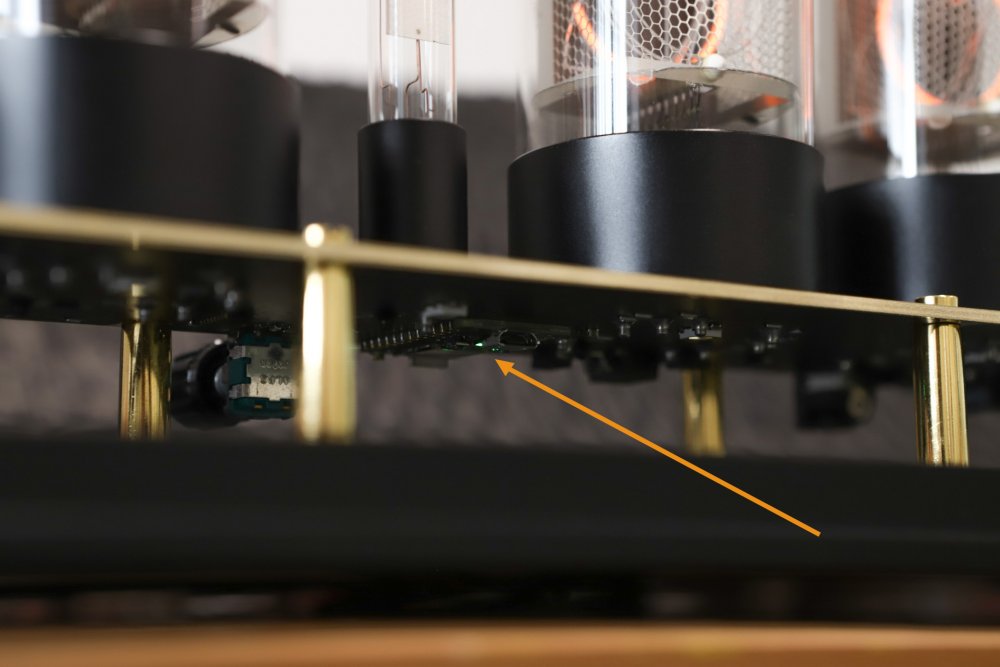